Why our Technologies are so effective 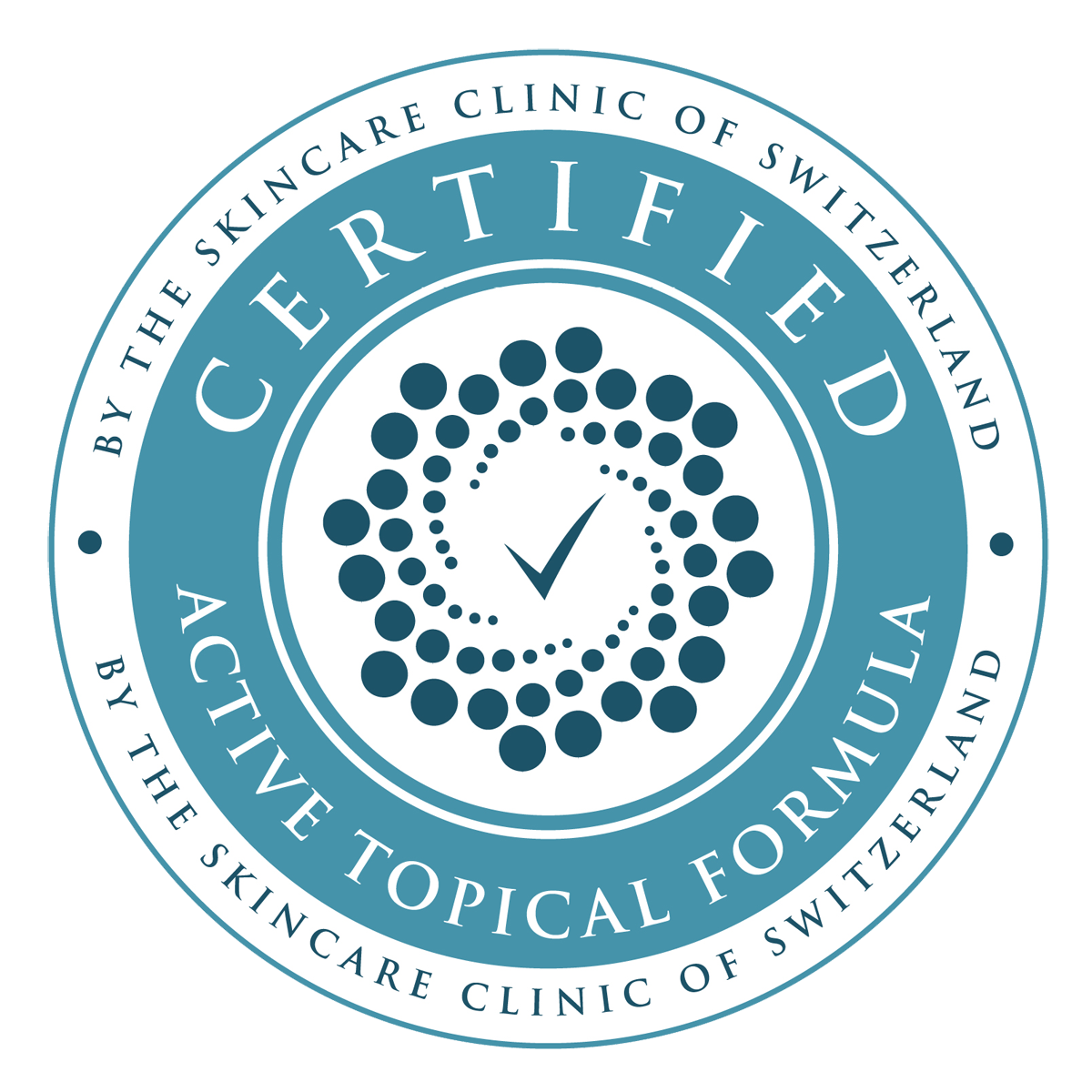 This page is dedicated to educated consumers with the desire for a deeper understanding of the science behind Dermorevision® topical technologies.
Modern science believes that the skin is a very selective and intelligent organ, as it performs immune, endocrine, nervous and excretory functions: shouldn't then the care of the body' largest organ be science based and constantly keep in mind the skin' own intelligence?
Dermorevision® believes in application of bio-medical science for the research, development and constant improvements of the science of non-invasive skin rejuvenation.
Observing books and browsing websites it's evident that today top anti-aging doctors, and Functional Medicine doctors strongly believe and advocates for patient education: the relation between Doctor and patient is seen today more as a "team work" in opposition with the old time one way communication Doctor-to-Patient. Dermorevision® believe in a similar concept: we know that anyone using a Dermorevision® program can have more benefits understanding some of the science behind our Topical Technologies.
Some of our proprietary molecular system cannot be reveled for trade secret but in this session we would like to share as many information possible on some of the reason why our formulations are legendarily so effective.
Evolution in understanding of the body' largest organ.
The understanding of the functions of the skin have seen a radical change over the course of time: still in1960s the surface of the body was considered impenetrable: today transdermal delivery of medications (i.e. nicotine patches, anti inflammatories plasters, bio-identical hormones topical cremes) is part of our modern day to day life. The several breakthroughs in the understanding of the structure and functions of the skin at a bio-molecular level have lead cosmetic scientists and pharmacological scientist to the developments of extremely sophisticated carriers and delivery systems for the protection and then precise and deeper penetration of actives. 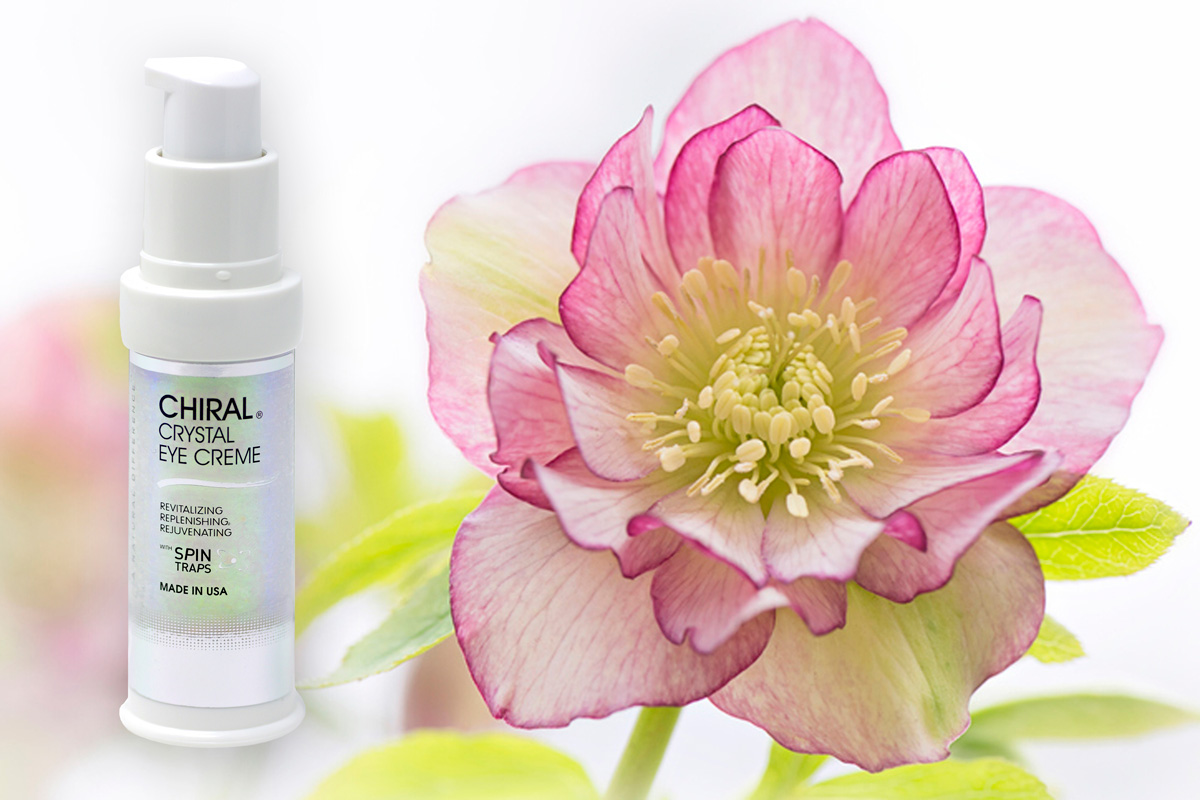 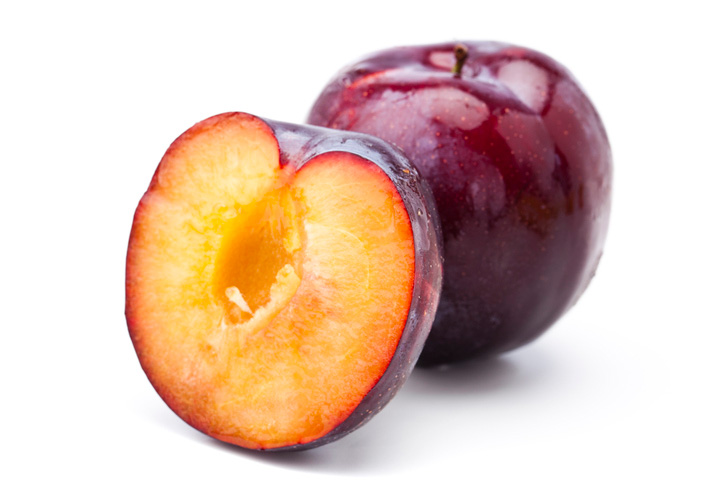 Advanced technologies for penetration: a complex science.
A complex transdermal delivery system may be an emulsion, with a very specific pH, containing "rays-like-structure" of SPACE (Skin and Nucleous Penetrating Peptides) surrounding a soft and malleable spheres made with phospholipids, ethanol and water, containing themselves time releasing vesicles-like structures (made with differente type of liquid crystals or phospholipids) containing the active/actives in their nucleus.. This type of technologies requires a very advance production system, and complex state of the art futuristic mixers.
On the opposite a low technology "old fashion" moisturizer emulsion can be created with a simple mixer and heat, and a water and oil phases, resulting in a classic emulsion; still today several skincare products are created in this way, with no attention towards molecular geometric disposition/binding of the different actives inside the formula.
It is important to point out that to the naked eyes, and with an "application test" a complex transdermal delivery system is impossible to be discerned by a basic low technology moisturizing emulsion: they may look identical and difference will be only seen in the performance, with regular application.
Why the Dermorevision® Programs are called "Regenerative"?
An important branch of modern medicine is the so called "Regenerative Medicine"; the milieu of R.M. is that the human tissues and organs have a blueprint that naturally aims them towards repair and healing. R.M. specialists often explain that extraordinary healing and physical rejuvenation can occurs when the body is given proper rest, adequate amount of nutrients and, very often, the use of inflammation antagonist (some, for example, antioxidants like Vitamin C/ L-Ascorbic Acid) The concept of R.M. is based on the natural tendency of the body organs and the whole organism to search a state of "homeostasis", which is in many ways "a constantly dynamic effort to reach balance".
Regenerative Medicine is absolutely not a "new" or an "alternative movement": bases of it can be found in the hundreds of years old tradition of German "Kur SPAs" and "Swiss Anti-Aging Doctors" (i.e. Cellular Therapy, by Dr Paul Niheans 1882 – 1971); some other examples are the Orthomolecular Medicine, founded by Linus Pauling, 1954, Nobel Prize for Chemistry and 1962 Nobel Peace Prize. Most of the actives used in R.M. (for example Oxygen, Ozone, LAscorbic Acid, Vitamin D) are non-patentable so there is often a minor, or non-existing interest by some of the major industries and government Dermorevision® is inspired by R.M. : with the proper support of topical nutrients, repairing molecules (i.e. MMPs-Is) and inflammation antagonist the skin can self-repair and selfrejuvenate, as we believe the skin naturally has a blueprint for this.

(The term "Functional Medicine" is sometimes used to refer to concepts similar to the one of "Regenerative Medicine").
Why "Programs" and not "single products"?
There are thousands of biochemical reactions happening in the skin in every single moment: it is excessively simplistic to think that one or a handful of ingredients in a single topical product can support such a complex environment: dozen of active molecules, in a proper and stable carrier, and adequate pH and specific delivery system need to be applied on the skin to reach, pair and support. Therefore the synergy of the different Dermorevision® Topical Technologies, layering few of them on the skin, properly address, and supports, all the selfrepairing and self-rejuvenating functions of the skin.
You can also think about body conditioning via fitness: a toned and functional body is usually the result of a combination of resistance training, cardio, stretching and nutrition: one single element is not as effective as the whole. 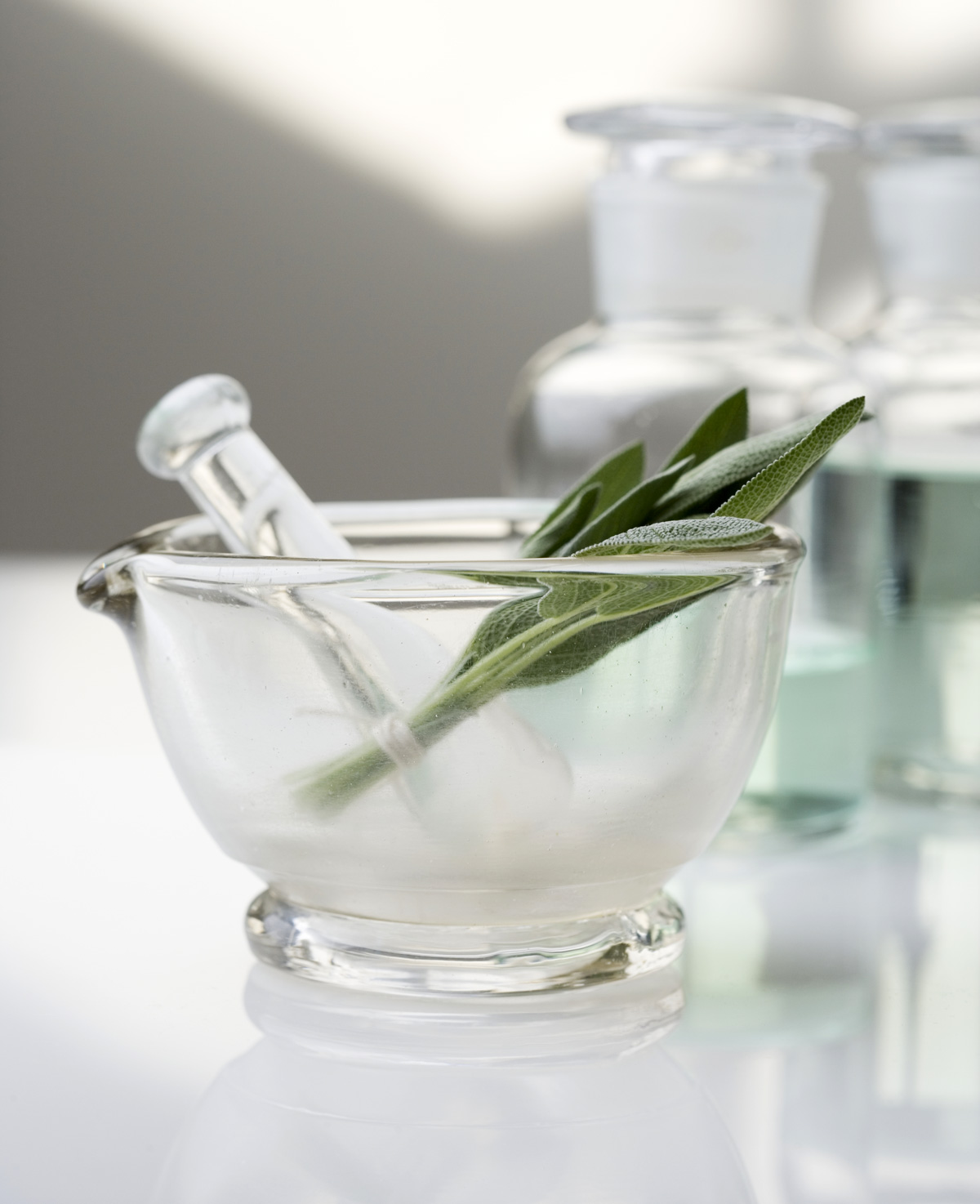 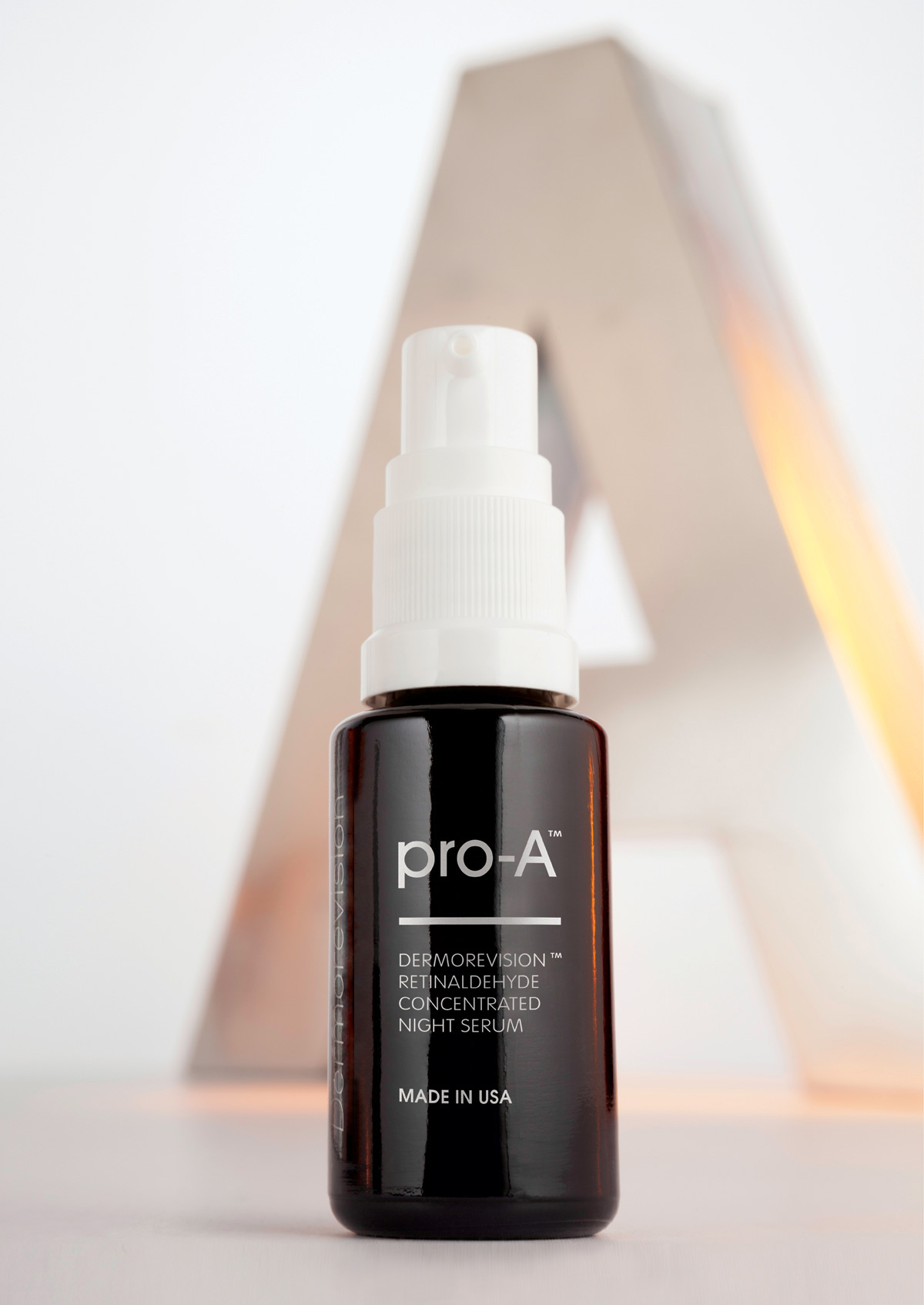 pro-A® technology
Retinoids (AKA "the family" of the Vitamin A) are a specific group of molecules with vital importance for the development, differentiation, regulation and healing of the different layers of the skin.
The skin contains specialized enzymes that can convert one form of retinoid (or even preretinoids) in another one. Our exclusive pro-A® technology is the most important tool for a professional remodeling and Dermorevision® of the skin as pro-A® acts as a direct and potent precursor of R.A. 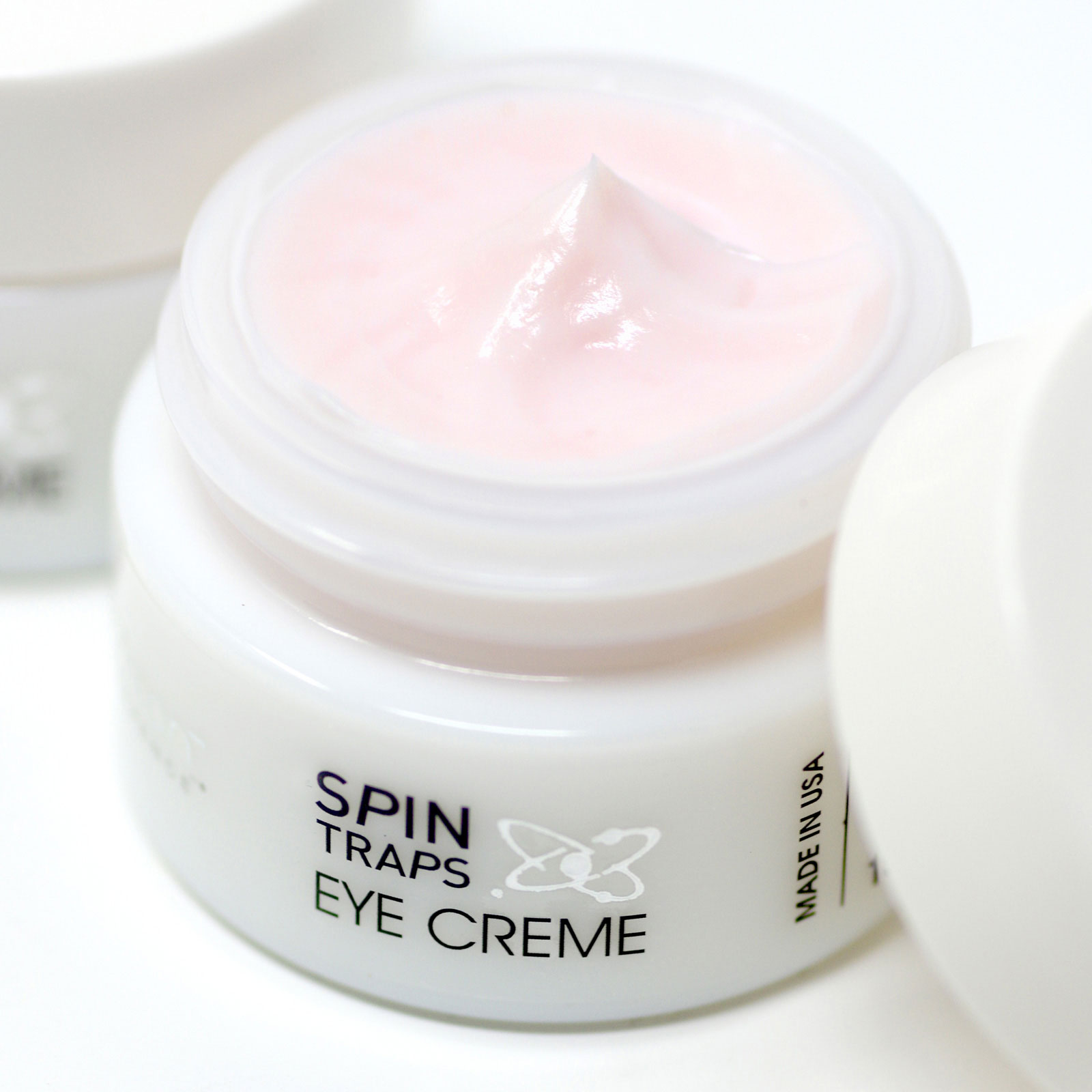 SpinTraps® technology
As claimed in the cover article of 'Time Magazine'(1), oxidative stress/inflammation is considered the root cause of several degenerative diseases and aging. Spin Traps® are a group of powerful free radical scavengers that are considered "futuristic" by scientists(2), as they not just neutralize antioxidants, but have an unique way of buffering and recycling free radicals into 'Spin Adducts' for positive chemical reactions in the skin. Spin Traps® has been found to inhibit the protein complex (NF-kB) that stimulates and increases inflammation. Dermorervision® exclusively features SpinTraps Technology in several of the formulations designed to defy oxidative stress either in form of premature aging or redness. 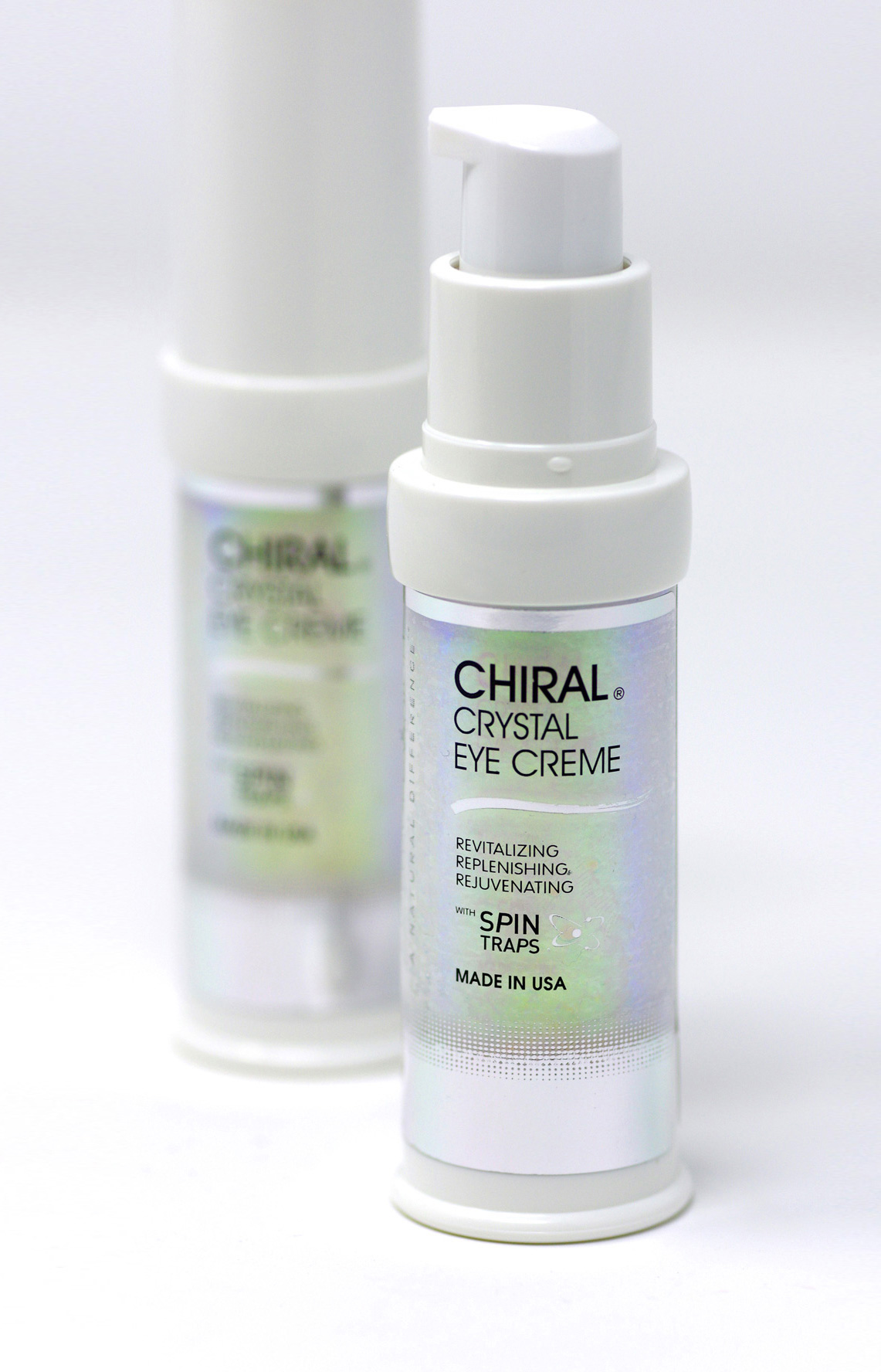 Chiral® technology
In nature, certain molecules with the same chemical composition, can exist in two different shapes that are mirrors images of each other, much like our hands. This property is known as "chirality" and molecules with different chirality are called enantiomers. Enantiomers can exhibit entirely different chemical or biological properties, and separating them is a major issue in drug development and in medicine. Why life is chiral has puzzled scientists for well over a century.
Louis Pasteur famously discovered molecular chirality in his meticulous experiments in 1848.
One example of chirality is that amino acids in proteins only are only the left-handed (L-) variety, therefore supplements or topical formulas should contain only the pure "L-" Form. "Chiral® Correct" dermocosmetic ingredients are extremely pure at molecular level and infinitely more expensive than the "non-Chiral®" (AKA: "racemic") form.
Dermorevision® formulations always contains the correct enantiomer to be absorbed and activate the extracellular and/or intracellular molecular receptor or target. 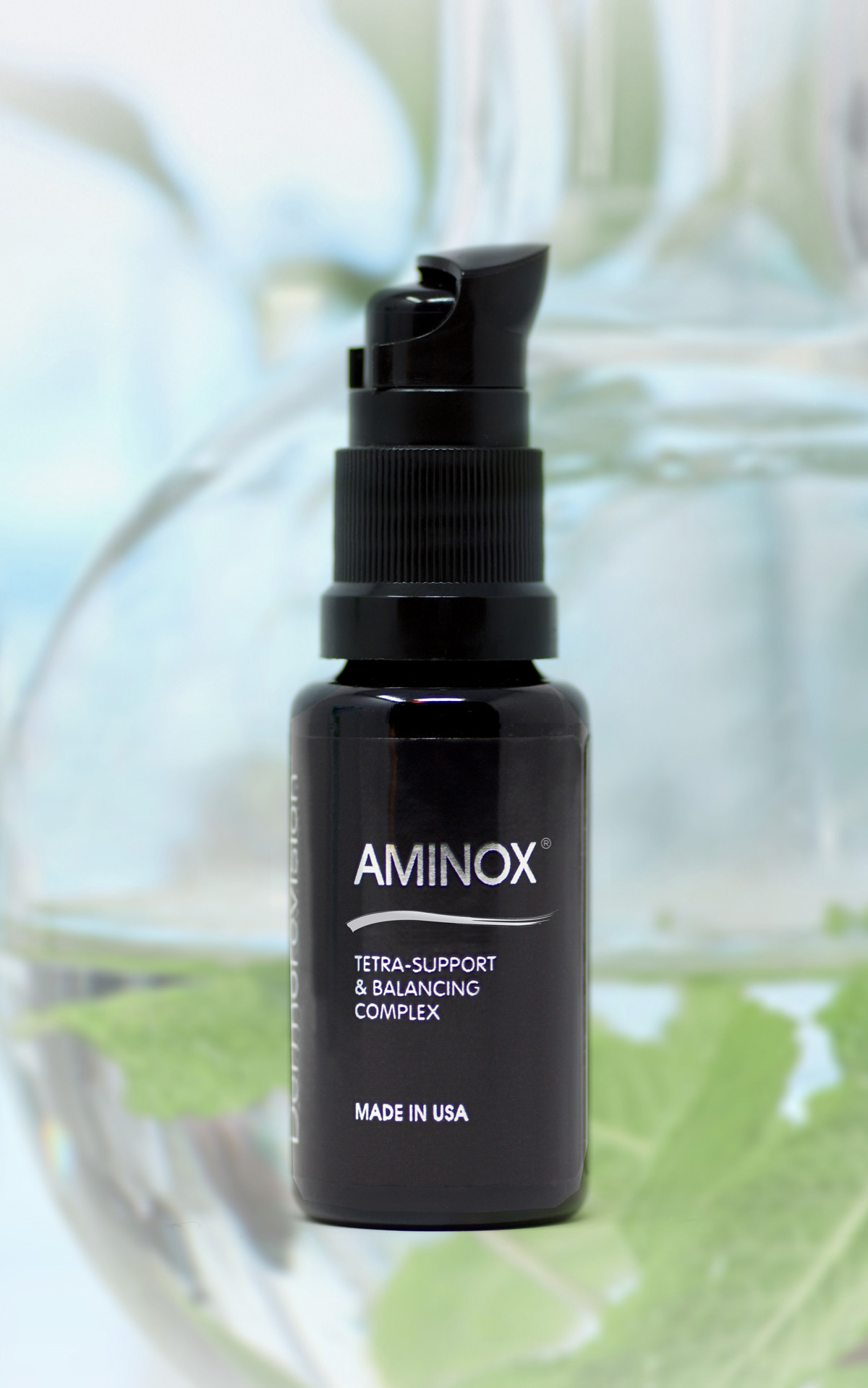 Aminox® Technology
Aminox® is an exclusive complex that helps to stimulate skin' elasticity and firmness while fighting glycation and suppressing the damage induced from MMPs. Aminox® was designed by a team of seasoned scientists to create a sequence of biochemical reactions that will rapidly target and improve the facial skin, neck and areas around the eyes.
Aminox® helps to rejuvenate the appearance of skin, allowing you to achieve a firmer, youthful look plus a vibrant glow.
Aminox® is a complex of: Tripeptide (Lysyl-Histidyl-Glycine) + L-Carnosine + L-Proline, Ginger, Curcuma, Leontopodium alpinum, Marrubium Vulgare Meristem Cell Culture, Gardenia jasminoides Meristem Cell Culture & Spin Traps®. 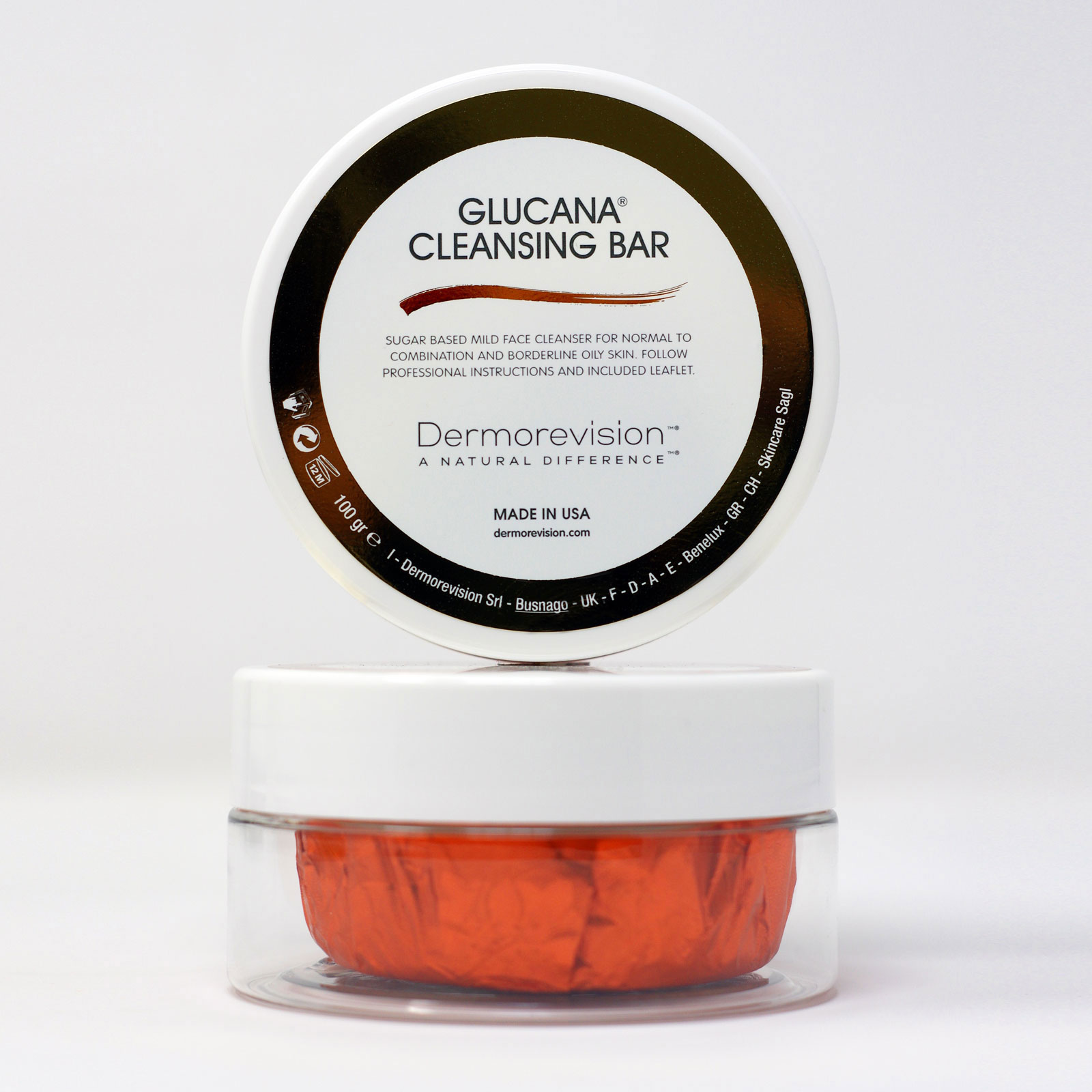 Glucana® technology
The skin is an immune organ os it is the 1st line of defense from invasion of our body. Not surprisingly the skin contains millions of highly specialized immune cells called Langerhans Cells.
Langerhans Cells are of primary importance for the dermocosmetic science as their function is related to all the functions of the skin but also to the potential penetration and absorption of actives.
Glucans are polycaccharides composed of D-glucose monomers linked by glycosidic bonds.
Based on in vitro studies, β-glucans act on several immune receptors including Dectin-1, complement receptor (CR3) and TLR-2/6 and trigger a group of immune cells including macrophages, neutrophils, monocytes, natural killer cells and dendritic cells.
After more than a century of research(a), studies have shown that beta glucans act as immunomodulator agents, meaning they trigger a cascade of events that help regulate the immune system, making it more efficient. Specifically, beta glucans stimulate the activity of macrophages, which are versatile immune cells that ingest and demolish invading pathogens and stimulate other immune cells to attack.(b) 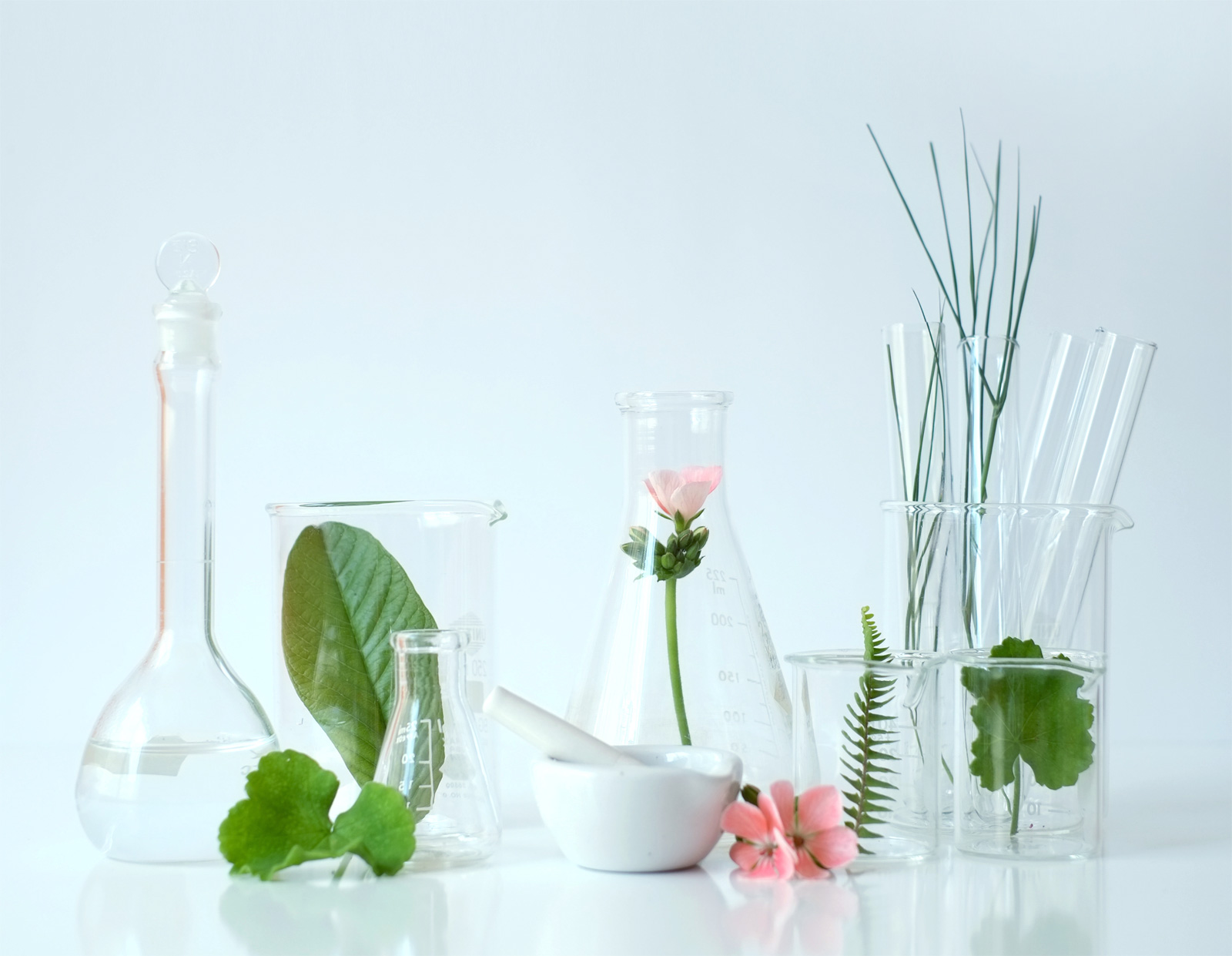